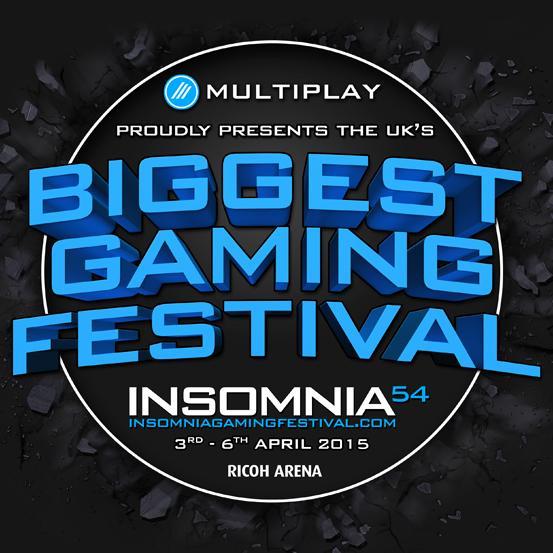 As the dust settles on the horizons of Coventry the winners of i54 were crowned, Druidz Ozone managed to secure themselves a 3-2 victory of our very own ICHIGOGOGO on the eSports stage.

In an impressive comeback after winning against Druidz in the upper bracker semi finals 2-0 ICHIGOGOGO looked certain to win, going into the BO5 series with a 1 game advantage however Druidz Ozone seemed to have cracked the turtle style of ICHIGOGOGO, losing only 1 game to them and taking the others rather convincingly.

The standings were very interesting this LAN as there were quite a few upsets and everyone's expectations were completely blown out of the water.

As you can see, there were some notable upsets in the top 6 placements, with RICH GANG's being the most intriguing. With players from such notable teams as The Rock & Denzel, everyone including us were certain that they would perform better at this LAN, however clearly it was not the case. Divine eSports (Dread's stack), the team originally seeded 5th & bringing newcomer Kappacino to LAN clearly still had some synergy left from the old [R]eason team there as Antab, Dread & Gronors with regular Shoe managed to take down RICH GANG quite convincingly in a bo3 series. We'll catch up with them later in this article to see their thoughts on the matter.

Catch-Up with the teams

We took some time to catch up with some of the captains and players, asking them about their performance in i54 and what their plans are for the future.

IcHiGo_ 's team for this LAN were understandably disappointed, we caught up with each of their players individually to see how they felt about the LAN and IcHiGo_ for the future.

"We went to LAN to win it so our placement was disappointing, especially so when considering the circumstances. We are really good at throwing, some of the VERY best. That said, I didn't realise we were that good, no way should we have ever lost from our position"

DreadKnight's team this much better than expected LAN performed , taking 3rd instead of 5th and having a good shot at getting to the finals, losing 2-1 to both ICHIGOGOGO and Druidz in very close series.

When asked about the team name, LAN placement & the future, he had this to say:

"Ah right..Yes the team name. It's a meme? We did it before with Ifusion, it's pretty funny when people come up to you and congratulate you on the sponsorship.

With respect to the LAN I'm sure everyone is going to say I should be over the moon but when you come that close to being in the finals and you don't get there because of a few mistakes I can't help but be a little disappointed. After scrimming, frankly, I thought we'd be lucky to come 5th, we had about a 20% winrate in scrims and we were all fairly demoralised until the first game of LAN. We played ICHIGOGOGO in an extremely close BO1 in the groups we all felt that we could do better than our seed. So I guess I'm happy about the placement but I'm a little disappointed that we didn't do better because I think we really did have the potential to reach the Grand Finals and anything can happen on main stage.

I don't think this team will stick together after LAN, this was really just a mix for this LAN like my past few LANs, I'm not sure what you'll see from any of us in the future. Time will tell I guess"

My bets for Divine eSports is that at least some of them will stick together and we'll see this stack back in some form next LAN.

Seeded 1st and massive favourites to be on the podium at the end of the weekend, Rich Gang were the biggest surprise of LAN, ending up being knocked out in 4th place.  The best way to understand why the team failed to live up to expectation is to hear it from the players themselves.

This is a pretty rough question, our loss was pretty embarrassing and I don't really consider it a loss because of how bad we played. We did horribly, there is not much to say about the situation, it wasn't like we knew why we lost cause otherwise we would've fixed it, everyone just played like shit excluding one person which is not me.

Event was really fun actually, was nice seeing everyone again and tournament was organized nicely.

I think our team fell apart when it mattered, we went into the event thinking we were going to not drop a game. I knew the minute we lost a game we were in serious shit, I failed as a captain and couldn't keep the team levelheaded. Everyone makes mistakes, I hope the other players on the team go on to place and play better. other than losing, iseries was a great event and something i'd definitely suggest to any uk player interested in dota. Online, ukdota is pretty degenerate but irl it's like one big backwards family.

One of the unknown teams heading into the event, Undercover brothers had some rosters troubles that restricted their ability to live up to their full potential.  We hope to see them at future events with a solid line-up.

We didn't expect to achieve much even when my whole team was planning on going, so when three mentioned they couldn't I was a bit worried we'd get shitstomped every game. We managed to find some standins and a we had somewhat decent synergy though total lack of practice as a unit hurt us a lot and we lost a bunch of hard games

The event was fucking fun man, surprisingly sociable and really enjoyable. Loved the safe/friendly atmosphere in the halls and everybody was approachable

Business as usual for No Flameboy as they made it out of the groups to go out in the knockouts, with Zealos standing in for Sylar was unable to attend.  I would say I hope to see them again but it's pretty much a certainty we'll see them at many lans to come.

A stack consisting of a wide range of dota experience, this was Autism Rising's first time playing Dota at a lan event which got of to an awful start after one player's pc stopped turning on.  They were able to find a stand in but unfortunataly did not get out of the groups.  Ash "Hivemind" Gibney gave his thoughts on the event.

Rasta A. Owl were one of the bigger upsets this LAN, not actually making it out of the group stages, they did however win the Ice Cream Cup (Intermediate Tournament). Team captain MontSta^ had a few words for us after such a shocking fall from their previous steady increase in placements.

A slightly disappointing lan for the Corner Shop Crew, going out in the group stage with a 2-1 record following difficult matches against Druidz and No Flameboy 2012.  Soup had some words about how his team performed:

We turned up to i54 for fun, shisha and some big casino winnings, now sadly in the hands of ichigo, but we were still disappointed in how we lost to No Flameboy.  We got seeded second for the ice cream cup but with two players missing we didn't really stand much of a chance.  I definitely feel like this was still one of the best lans i've ever been to, with the double shisha trip and a great bunch of lads turning up, we've made a few roster changes and we're hugely looking forward to playing competitively at epic.15 and i55.

The next big UK LAN will be epic.FIFTEEN at the Kettering Conference Centre from Thursday 16th - Sunday 19th July 2015. Hopefully we'll see all the teams that competed at this LAN there, but with a smaller prize pool that doesn't always work out. DreadKnight has won the last two epic.LANs so with free tickets I'm sure we'll see him there along with Choke Gaming & Antab's stack.

Full standings can be found here by expanding Dota2 and Standings under [PC] Emerge Dota2.