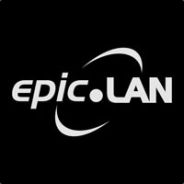 With epic.FOURTEEN just a day away and fully sold out of 400 BYOC tickets, it's time to take a look at the confirmed teams competing for the £1000+ prize pool this weekend.

First up, a look at the big 3 teams this weekend.

A team made up of ex-Reason Gaming members with a wealth of experience between them, with the addition of Irish talent Potato, JOHN_SMEDLEY contains many familiar faces in the UK Dota scene.  DreadKnight picked up the 1st place cheque last time at Epic13 and will be looking to repeat the performance with an entirely new line up.

Dutch carry player Gronors had the following to say about his team:

"I am happy Infernokoi is on the team, I expect him to go in.  Thankfully Dread is not playing core"

Despite early rumours Jesus +4 would not actually be playing with their namesake, Nepalii Jesus or established support player Logarthymic, a change in circumstance means Doopz will be bringing his full strength team to LAN.  Hoping to build on solid results in the last two iSeries events, Jesus +4 will undoubtedly be in the mix for first place at epic.FOURTEEN especially with Dae previously taking 1st place at epic.THIRTEEN last year.

Doopz told us this when asked about the upcoming event:

"As a weekend of serious competitive Dota2 is on the horizon, our Muhammad + 72 Jesus +4 team will be looking to have a fun LAN and hopefully make it past the gauntlet that is WAOW gaming and Obscene esports. Our team brings a wealth of cancerous picks to the board filling enemies with extreme grief knowing they could potentially be playing against a Lich or a Viper. With these picks and experience in mind we hope to destroy the enemies hopes and dreams of winning an epic.LAN event. We look forward to the event and hope we don't make a MontSt(a^)rosity out of our appearance."

A relatively new team making waves in the UK scene, Dai brings an enthusiastic group who may well be capable of causing an upset at epic.LAN.  Gator and Korben Dallas have been grinding out the games in IHL, and Monhay is well known from his time on No Flameboy 2012.

When Dai was asked about their recent success and impressive run:

"Even though we're a team who've been around for only 3 months or so now, we're considered to be rather well-established. We are in fact still in our infancy, and LAN is a new experience to 4 of our players, with only Monhay having attended one before. As a result we are cautiously optimistic but looking forward to competing and meeting other players from the scene. Of course we believe we can win with the UK's Sumail in mid lane, but overall we hope that our consistent roster will pay dividends. If we fail, then I suppose I've always got coaching to fall back on. I offer good price. "

So far, the following other teams are confirmed

Antab and Squirrel return to epic.LAN with three new team-mates after grabbing the second place last time. With returning champion King Dave, can his 10/10 AM carry them to victory? We will see.

King Dave and Antab had these inspiring words for us:

"I don't know what I'm doing with my life. Where did it all go wrong?"

"I will bring the whine to the gamers, in dave we trust."

With two strong iseries results on their back in 2014, MontSta's team are one to look out for at Epic.14. When interviewed about the subject though he declined to comment. I'm fairly sure this is because he didn't understand the questions.

Previously known as Dread's Corner Shop Crew, Obscene eSports will be looking to make an impact in their debut at epic.FOURTEEN.

Soup had some interesting words on the subject:

"Yeah, my team are fucking retards"

Despite starting well at epic.THIRTEEN, LDT were unfortunately knocked out after sleeping through some of their matches.  They will undoubtedly be looking for an improved finish this time around. Unfortunately we couldn't source an entire roster or a quote. Hopefully however, they will invest in some energy drinks this LAN!

With Fester unfortunately unable to attend, it will be interesting to see how Pack Your Socks perform with their new mid player following a rename from The Snowball Effect. Unfortunately we couldn't source an entire roster or a quote.

We have a solid 3 casters for this event. They will all be casting to TwitchTV™ which can be found here.

"I went to epic.TWELVE as a spectator and it was such an incredible atmosphere, I'm really excited to get a bit more hands on with it this time. It's my first time doing a LAN so it's good to know ill be working with a great casting team"

We're very happy to welcome Rusts and QuestText to their first LAN cast and are sure they'll do brilliantly. We can only hope to see some drunk King Dave guest casts along the way!

For this LAN we have the esteemed combination of Maccy & Kenwyne. Reddit users have shipped them as a beautiful couple Macwyne much like Brangelina or Kimye. They are most famously known for the Great Debacle of i49 where they managed to wipe the entire group stages of the tournaments citing "Fucking Clanforge" as their excuse. We hope the year long Clanforge and Tournament Admin degree Kenwyne took in Canada last year pays off this LAN. As always however we'd love to thank them for their dedication as we're still not sure what conditions they have that gives them the strength to put up with us.

When asked about epic.LAN and their continued support of Dota2 he had this to say:

"I'd like to thank epic.LAN for continuing to support Dota2 in the UK and Dreadknight for giving me the opportunity to call him a dickhead on a large platform - hope everyone attending has/had a great LAN"

Don't forget the more teams the higher the prize pool grows - if you're attending teamless check out the mercenaries section of the epic.LAN website to see if any last minute teams can be formed. Also, the admins are going to attempt to form teams at the event so make sure you go over to our beautiful admins located at the admin desk in Fair Isle if that interests you.

We here at UKDota.net hope everyone has an enjoyable weekend and we hope you liked our roundup! For more information on epic.LAN and the events running this weekend, click here