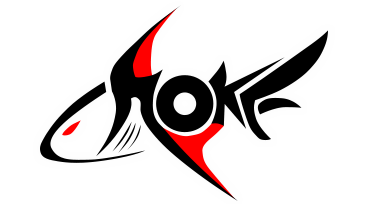 We are pleased to announce that the all British team Jesus + 4 have partnered with Choke Gaming. Whilst Choke Gaming are a relatively new org to the scene they've proven their formidability over the LANs they've attended, claiming the top spot at both i53, epic.LAN and the prestigious 4 Nations tournament for League of Legends. Their entrance into Dota2 has been long overdue and we here at UKDota.net do not think they could have made a better choice picking up Jesus + 4.

Jesus+4 have a long history in the UKDota scene, originally starting off way back as The Last Resort's Dota Squad consisting of 3 of the current Choke Gaming lineup (Dae, Doopz & Logarythmic), the team then evolved after their departure from the organisation into the team they are now, originally formed as a mix for tournaments this squad clearly saw some potential as they consistently provide impressive results.

Doopz, probably the most prolific member of the team had this to say:

"Thanks Choke Gaming for having us and thanks Tetcher for sorting out all the formalities. We hope to do well at future UKDota Events such as Iseries, epic.LAN & Player Unlocked."

The first LAN they will be attending is the upcoming Insomnia Gaming Festival #54, we here at UKDota.net are sure they'll provide us with some awesome strategies & do their sponsors proud. We wish them all the best of luck!