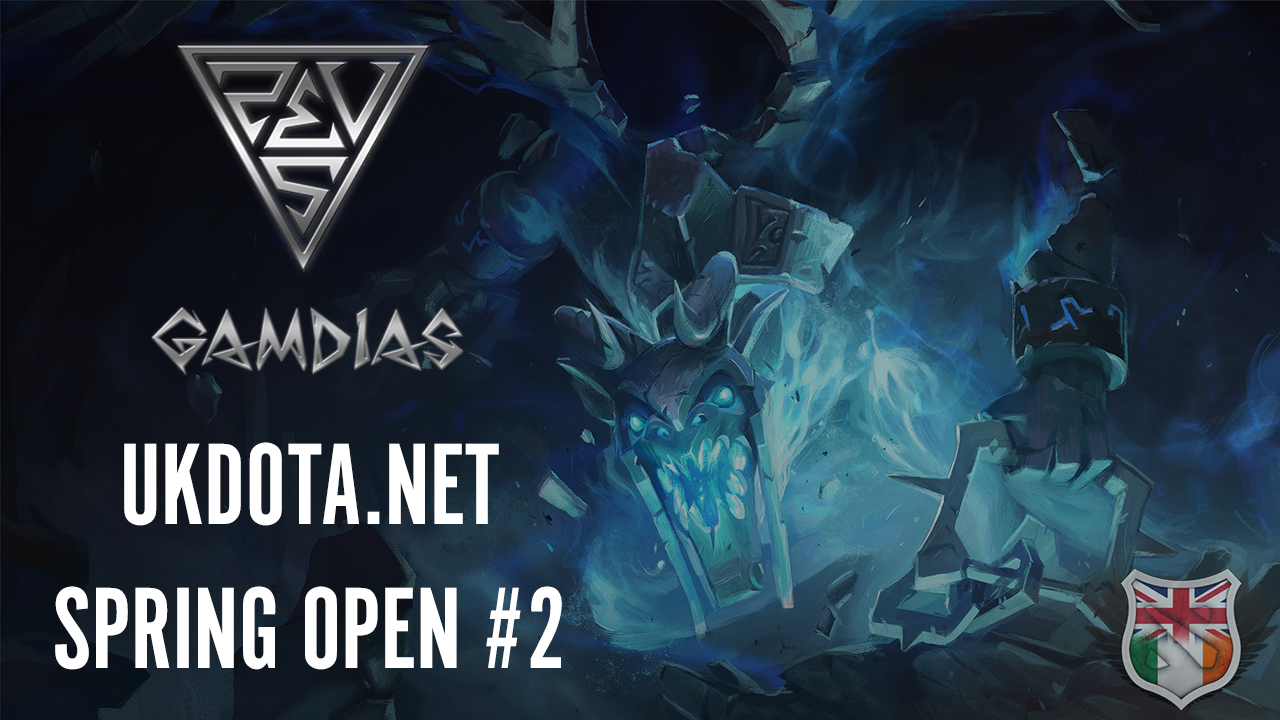 For those attracted by the lure of being a public spectacle, the games will be cast by Joe “JoeShow” Styrka and Gareth “durka” Bateson, over on  Multiplay’s TwitchTV channel.

Comprising of a series of double elimination BO1s, with a BO3 grand final, the GAMDIAS UKDota.net Spring Open #2 registration is now open, with registrations taking place here. With a limit of 16 teams and a cash prize, we anticipate sign-ups will be filled quickly, so if you want to make sure you get a spot, register soon!

Any teams that register after the 16 slots are filled will be considered reserve teams and will be contacted if a slot opens up. The registrations will be officially closed once the brackets are released and no further replacement teams will be accepted after that point.

The check-ins will start at 10:00 and the first rounds taking place at 11:00. Check-ins will take place over on #gamdiasdota IRC channel on Quakenet.

Anything not stated above that requires admin intervention will be decided on at the admins’ discretion.