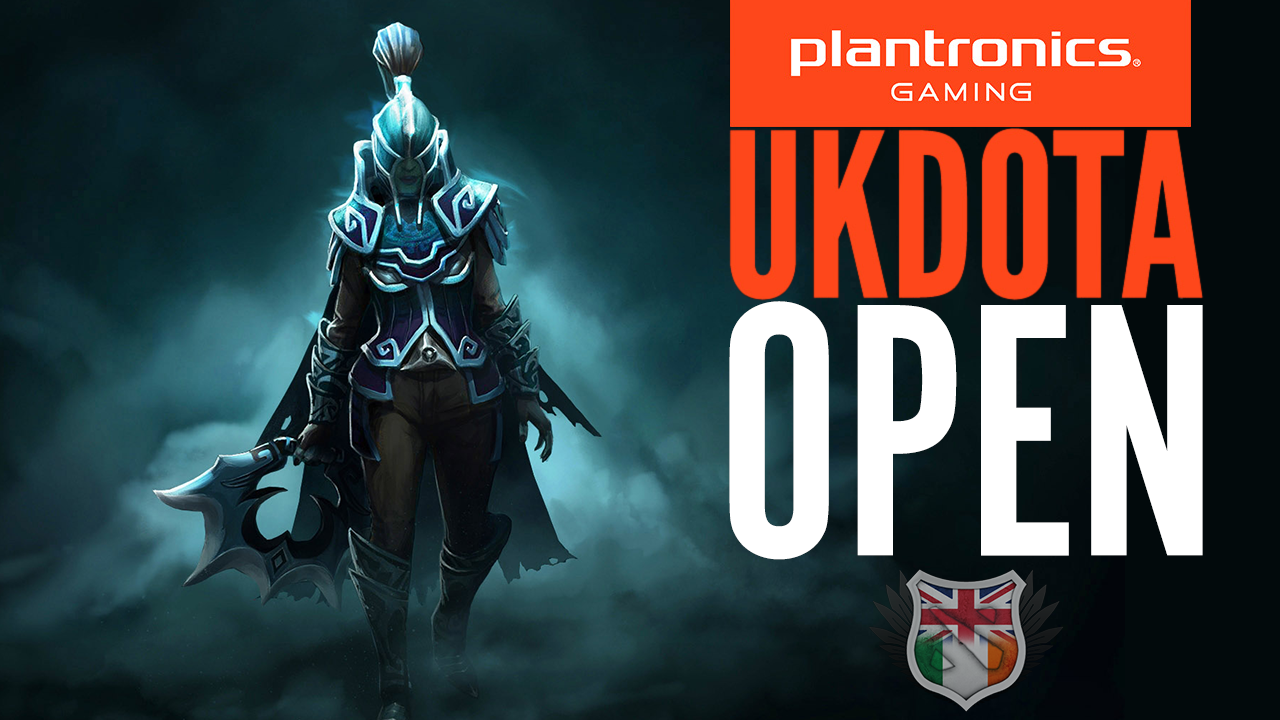 Loser Bracket victors Wat A Stack took on Gief me Mana in a Bo3 Grand Final yesterday; concluding the Plantronics UKDota.net Open with a display of contrasting but interesting Dota.
Gief Me Mana started the day with a one game Winner Bracket Advantage, meaning Wat A Stack needed 2 game wins without reply to clinch the title. Wat A Stack doubled down on skillshot heroes for the first game, breaking just about even through the early laning phase, before capitalising on uneven lane pressure from Gief Me Mana to slowly tighten the screw from the 15 minute mark.

With WAS utilising Clockwerk hooks and Mirana arrows to both control teamfights and isolate key heroes, Gief Me Mana found their relative lack of mobility very difficult in response to a lineup that was very capable of exerting map control, through invisibility and the Dire advantage in accessing Roshan.

Even when GMM did manage to win teamfights after the laning phase, it grew increasingly difficult to follow up that good team play with objectives. Wat A Stack swung a poor choice of fight location, when GMM decided to contest Roshan in the pit, into a strong lead in terms of farm. From there, they succeeded in a clever fake disengage near the Radiant offlane tier 2 tower to clean up the remains of GMM after they had exhausted their main teamfight spells.

After GMM had respawned, WAS made sure of their end game lead with a strong team fight mid, including some excellent zoning Fissures from their Earthshaker to separate GMM and allow their core heroes to be picked off. From there, WAS took down mid and bot barracks to force a 45 minute GG.

In game two, WAS basically punished GMM’s laning decisions, with an example of why the pre-6.79 trilane can still muscle out a poorly composed dual lane, even with changes to the creep equilibrium and pulling. GMM simply did not sufficiently punish WAS’s greedy decision to place Nature’s Prophet in the solo offlane position, leaving him with a quick midas and boots.

Their decision to put Puck against Templar Assassin mid left them in a situation where their already weak lanes needed to be further compromised with support rotation mid to try, in vain, to prevent the TA snowball. In a very low kill game, WAS simply used their mobile line-up to split push around the 5 man push line-up that GMM had assembled.

WAS did seem to let GMM back into the game, with a mistimed attempt from Rime to solo Roshan, a team fight broke out near the pit where GMM seemed to win, the aegis was popped  almost instantly by WAS and they continued to exert map dominance until they eventually broke the high ground and finished the game around the 40 minute mark. WAS capitalised heavily on GMM’s slow start to the laning phase, never giving them the space to pressure towers by keeping them constantly on the defensive. With that, WAS took the series 2-1, with a 2-0 record in games played.

Congratulations to Wat A Stack as they go home winners of the 5 sets of Plantronics RIG headsets.

Thanks are due to Mr Blakadder and durka for casting throughout the whole tournament, as well as to the UKDota.net tournament admins who helped to organise and run everything.

You can find the Grand Final VODs here.